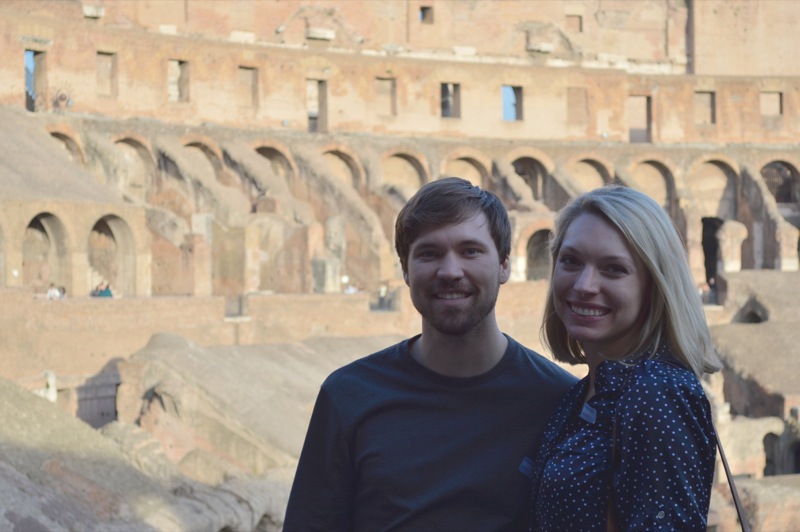 Since our hotel was right next to Vatican City, our original plan was to take it easy on our first day and only see thing in that area (which includes: the Vatican and St. Peter’s), but we were so full of adrenaline it was decided that we must first head straight to the Colosseum and then do ALL of our Rome-sites in the next 24 hours, because, you know, it might not be there when we get back… in a week.

First, here are some shots of our first hotel room, at the Atlante Star, it was teeny tiny, but came with window shutters I could literally throw open to a beautiful view – what more could a girl want? Unfortunately Kyle had to deal with me reenacting my vision (where did I get this idea? Beauty and the Beast? Someone help me here).

On our trip there were a handful of things I had always wanted to see, just to find they aren’t as impressive in real-life as they were in books and on Rick Steves. The Colosseum though, was every bit as impressive in person as you’d expect. It’s huge and it’s old, and they let people walk all over it and touch EVERYTHING (seriously, I could sit and touch anything I could reach). Where else can you go and touch something that was built in the first century AD?

Kyle and I were so overwhelmed (and in need of a non-public restroom) we stopped for a beer before going in. In Italy when you order a drink they always bring you a little snack! Sometimes it’s just chips or nuts, but often it’s both or something else completely.

… this was “not crowded” due to being the offseason …

The line to get into the Colosseum was pretty long, so we skipped it by signing up for a tour – it was definitely worth the extra 5 Euro and learned a few facts we didn’t know going into it. One interesting point I remember – gladiators rarely fought to the death,  this is just something that’s played up in movies/TV. 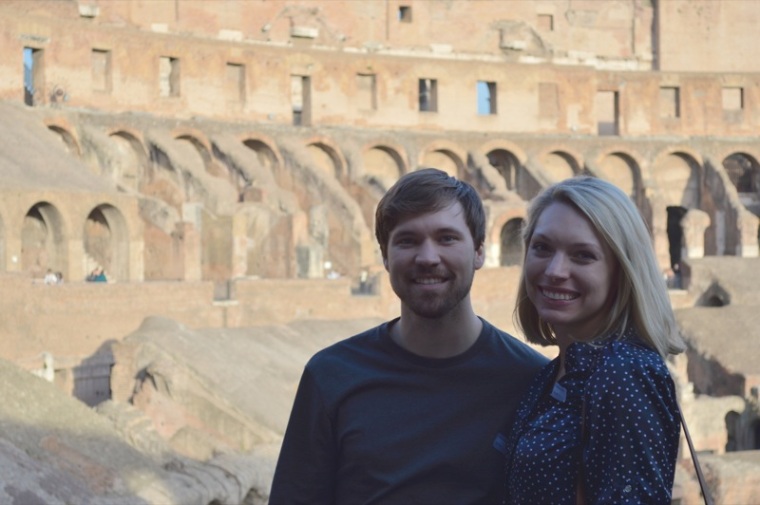 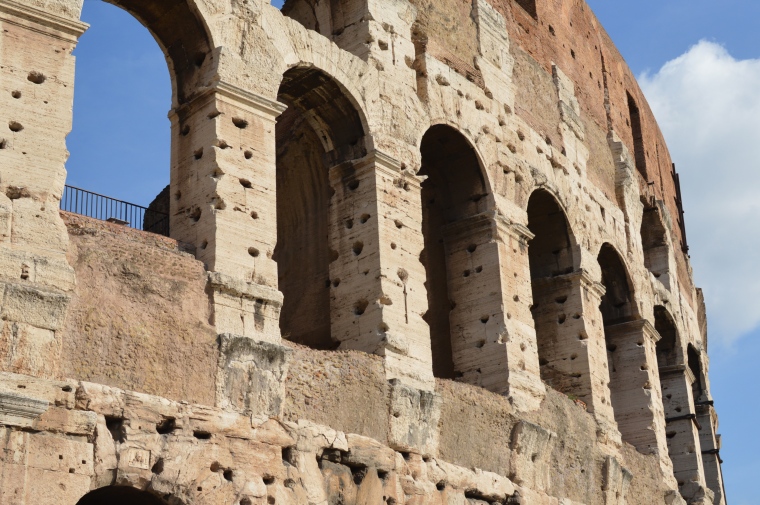 And, that’s it for the Colosseum!