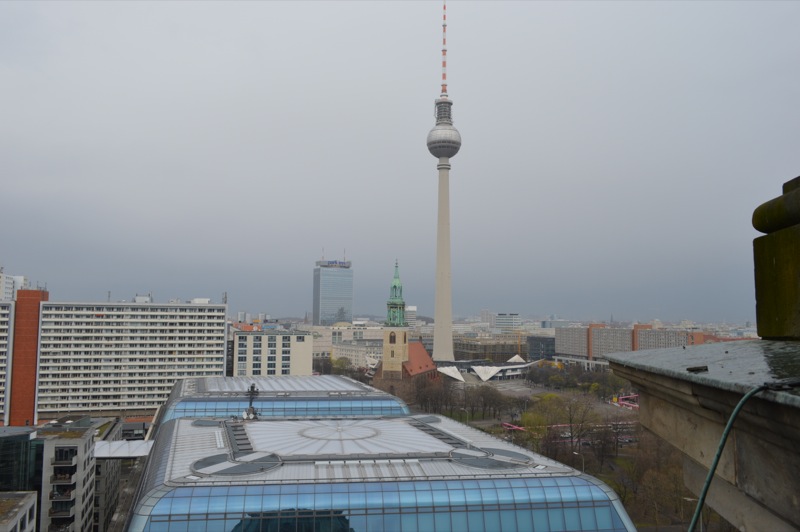 Did you know it is crazy-cheap to get around Europe once you’re there? I did not (being new to world-travelling)  until I started looking into options for us to take a couple day trip from Copenhagen. We were able to get round-trip tickets to Berlin and back for under $100 each, that’s total including fees and taxes. So, Berlin it was!

The flight was also very, very short, (we had just turned off the “Fasten Seatbelts” sign when it was time to prepare for landing) but immediately after we landed in Germany it was clear that we weren’t in Kansas – er, Copenhagen – any more.

After a small train incident (which I’m too embarrassed about to share here, but would gladly tell you all about it if you put a couple beers in me) and a lot of unexpected walking, we finalllllly made it to Alexanderplatz to check into our hotel.  We stayed at the Hotel Indigo which had the nicest concierge employees but the strangest bathroom situation.  I won’t go into details (again, this probably needs another beer to best explain).

Since we came here without much of an itinerary we decided to hit the streets on foot to explore. Our first stop was the city’s cathedral: the Berlin Cathedral Church. We learned in Italy that you can really learn a great deal of history about an area through just one church building, and this held true in Berlin.   Without going into too many details, this church (in one form or another) has been around since the 1400s, with this cathedral built in the early 1800s. In 1940 a bomb dropped on the cathedral destroyed the dome. After many years of reconstruction, the building has been returned to it’s glory.

Today visitors can walk around most of the cathedral, climb up and walk around the outside of the dome, and visit the crypt – full of royalty. Of all our big “climbs” I’ll say this might have been the scariest so far because of the rain and very thin and sloping walkways. 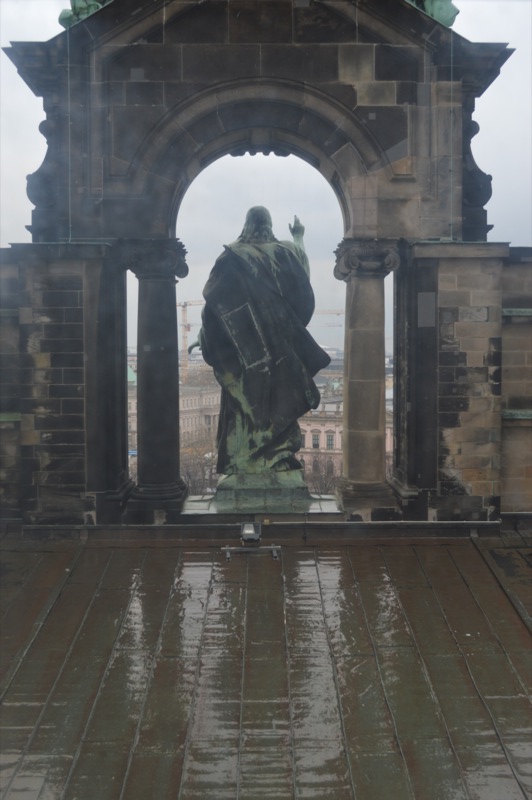 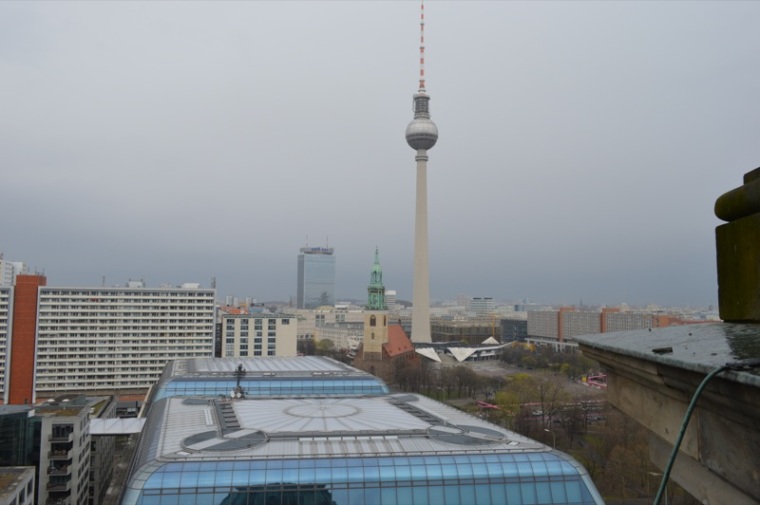 The photos of the crypt really don’t do it justice. It’s huge.

When we were in Italy we stayed in a very small town, that had zero nightlife. One night on our honeymoon we stayed up until midnight and actually shut the down down we were the only ones out and about (except the group of people we had been hanging out with in the piazza). So on this trip, we wanted to really take advantage of our “youth” and go out to party (within reason of course, we have Lilly back at home to come back to). Being a Monday we didn’t have too many options so  decided it would be fun to see a band on a Monday night (since that is completely opposite of what we do on real-life Monday nights… ever). We ended up out somewhere in West Berlin, under the train tracks, scalping tickets from two girls to see a band we’d never heard of. You only live once, right?

Long story short, we had the best time ever, and the band was pretty awesome (We are Scientists). Afterwards we ended up eating meisterburgers (yes, they are a REAL thing) on the side of the street while drinking gigantic beers (there are no small beers in Germany) with our new German friends. It was an amazing night, that I certainly paid for the next morning.  #worthit

I have a little more to share from Berlin but think it needs it’s own post.
As an brief update though (since it’s been about a month since we were there), the band is actually pretty well known. They are currently on a world tour and we were able to catch them just a couple weeks ago in DC!  Not going to lie, it was pretty cool casually saying, “oh yeah, we saw them in Berlin.”

One thought on “Quick Trip to Berlin”