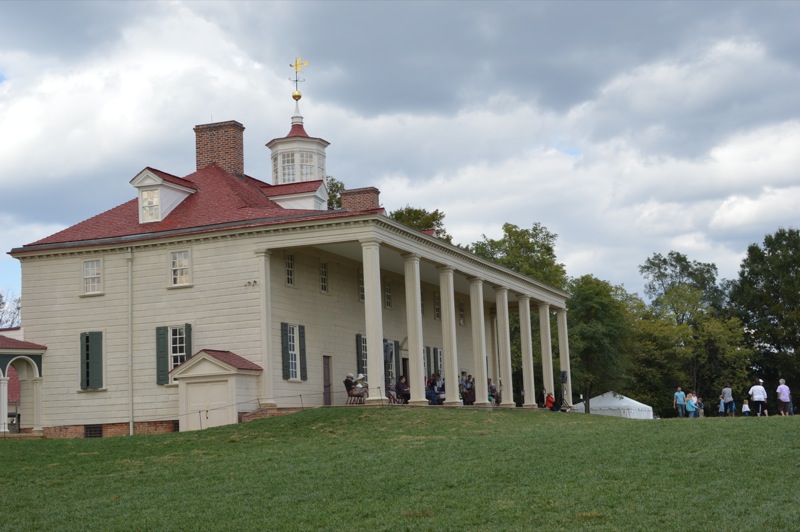 Recently my Grandmother discovered that we are descendants of Ann Pamela Cunningham, the woman who saved Mount Vernon from deterioration and preserved the house for future generations to enjoy. Naturally, I need to tell the world about this connection to George Washington.

Kyle and I finally had a chance to get out to Mount Vernon for a proper visit a couple weeks ago. It was possibly the perfect early-fall day: blue skies, slight breeze, chill in the air…

The house is still very nice (however you are unable to photograph inside the house), and an entire day can be spent around the gardens and yard. Mount Vernon is just a quick trip from DC, driving it took us only about 25 minutes, however I’ve taken the metro and a shuttle before and it’s not too bad of a trip. 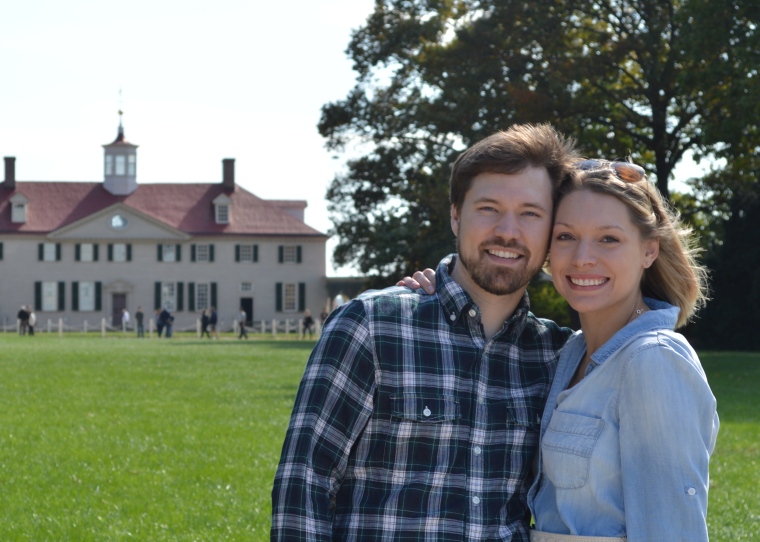 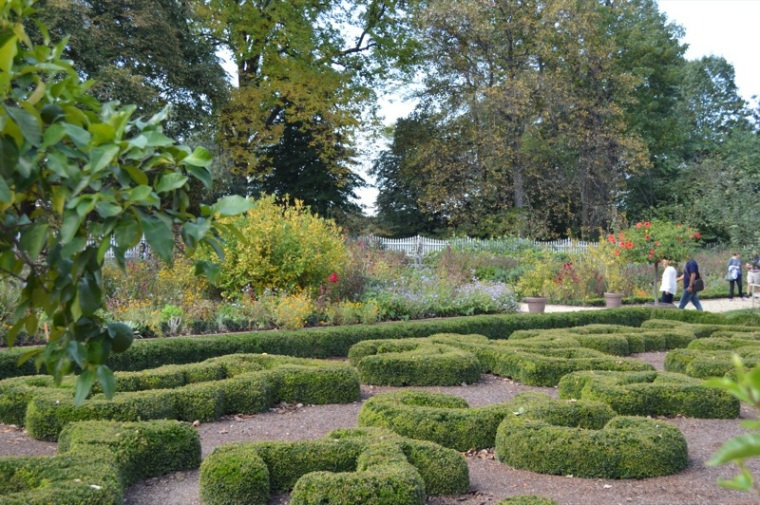 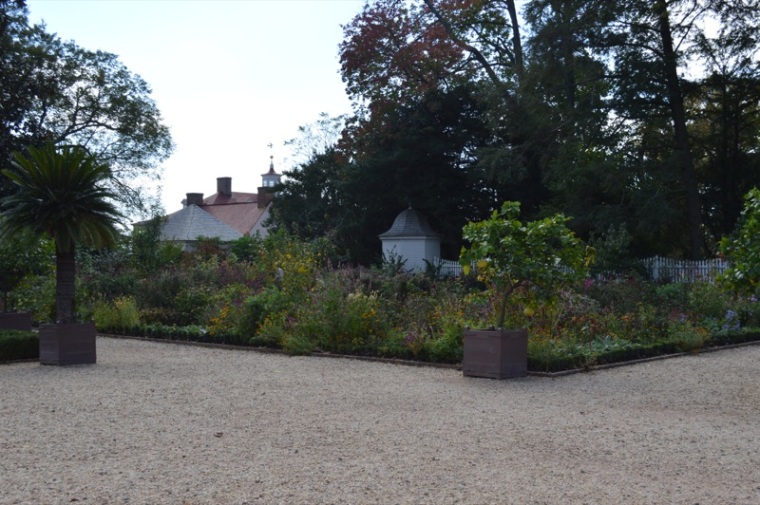 The highlight of our visit was about 30 minutes spent with Martha Washington. She told us about life at Mount Vernon, about her first years of marriage to Mr. Washington, and what it was like to be the General’s and then President’s lady. 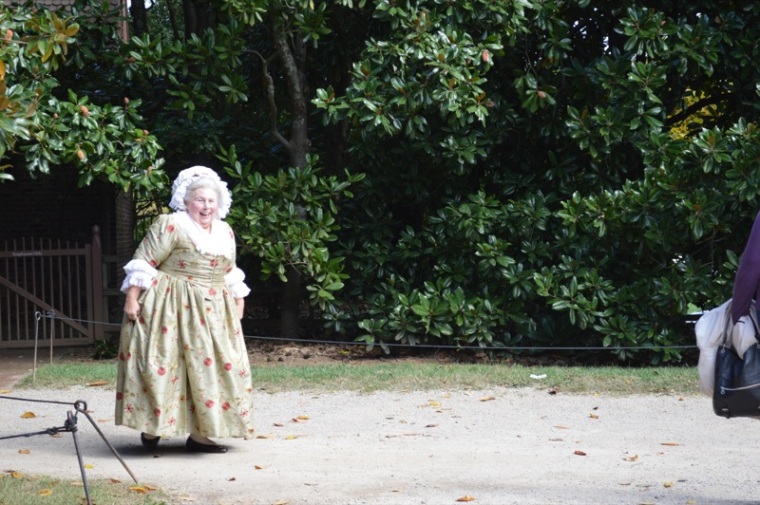 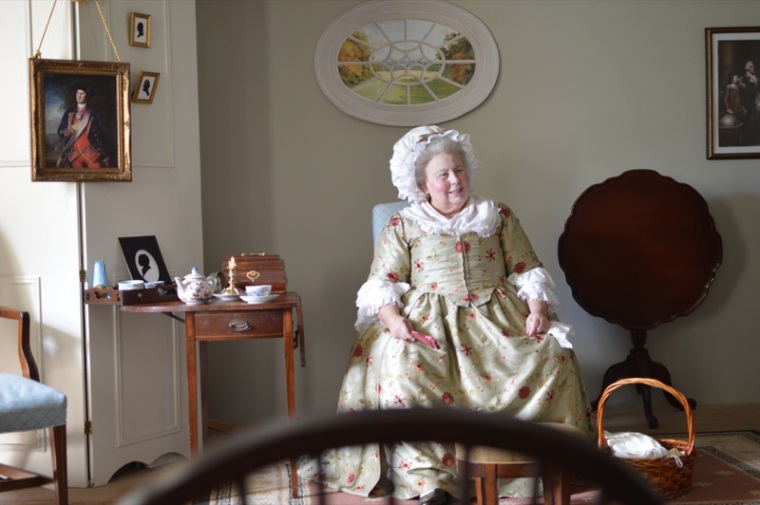 There is a very nice museum and visitor center at Mount Vernon (George Washington’s famed wooden teeth are on display!). A great deal of credit was given to my ancestor for the work she did to save the home. 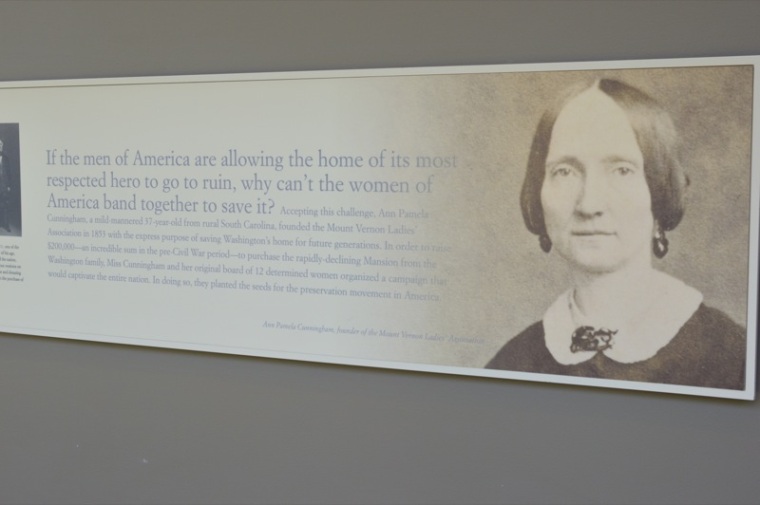 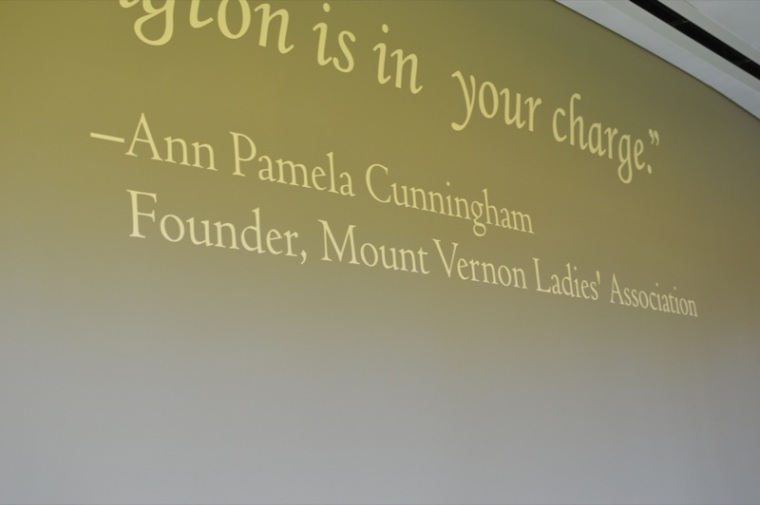 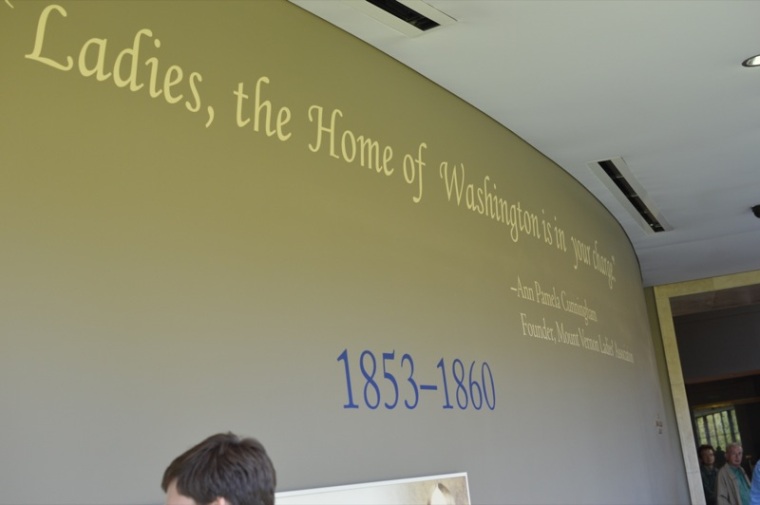 Two bulls out in the farm: 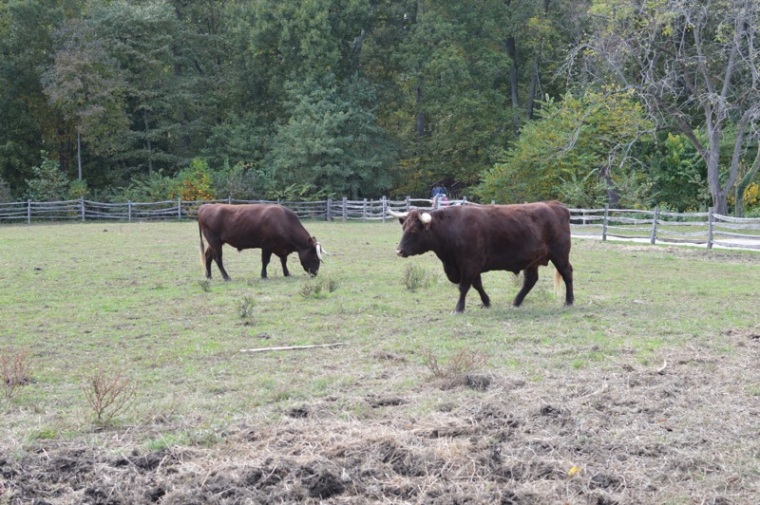 George and Martha, along with other relatives, were originally buried in a tomb on the land, but after some years the tomb was too small to hold everyone. George was a planner, and had seen this coming so had prepared plans for a new tomb – many years after he died, the new tomb was created to his specifications and the family’s remains were moved. 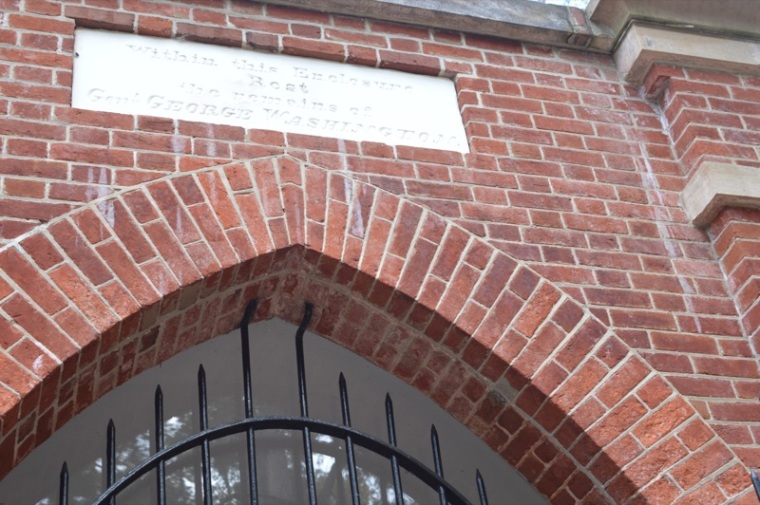 Can you believe our first president is RIGHT THERE? 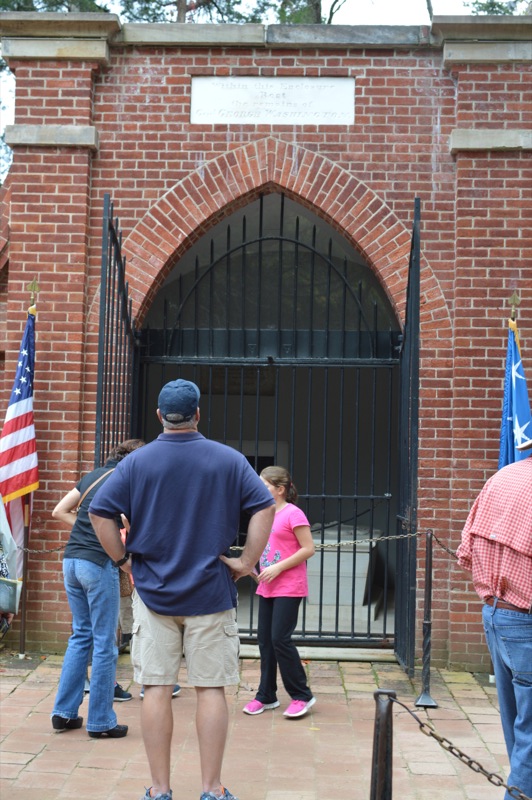 This is the old tomb. I tried to get in but they locked it. Darn. 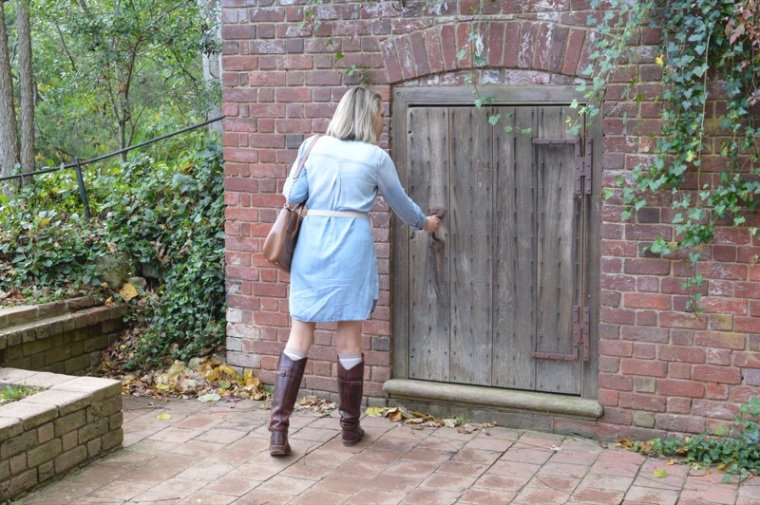 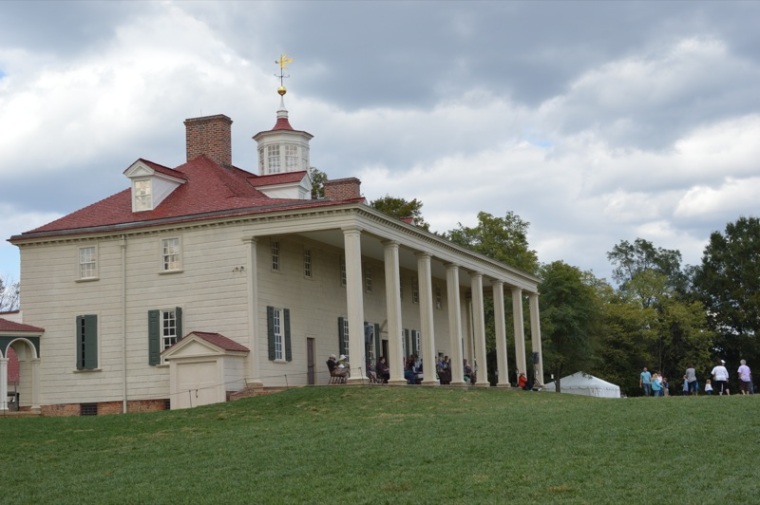 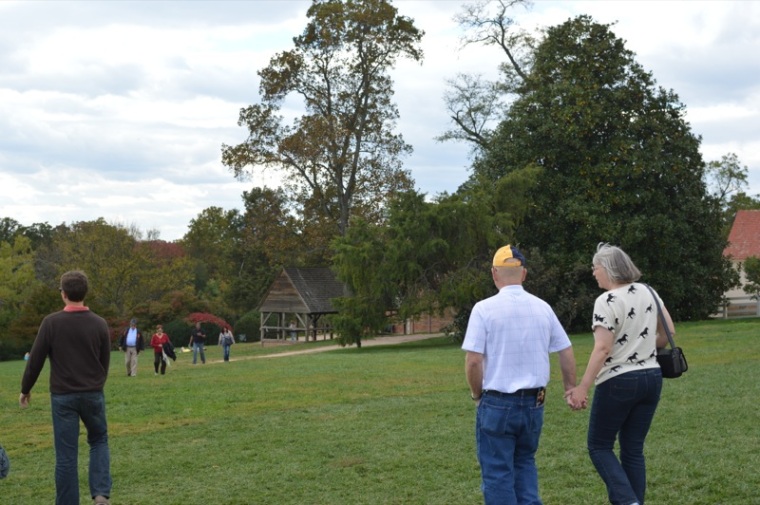 We then went “off the beaten path” as far as Mount Vernon goes and went to visit George Washington’s gristmill and distillery. Just a few miles down the road is the site, so you’d have to drive, but it’s free to take a tour if you’re coming from Mount Vernon.

George Washington ran a very successful gristmill from what I hear – producing cornmeal and flour from his wheat and corn crops. Eventually someone had said to him, “you have all the tools to make whiskey – what’s holding you back?” (I paraphrased this, of course). So, he hired the best in the business to get his whiskey operation up and running. Some time after his death (GW died in 1799) his distillery went up in flames – which is not surprising since colonial-era whiskey-making takes a good deal of fire.

Thankfully, GW left behind detailed notes on his operation. Perfect for future whiskey AND history loving people to rebuild.

If you’d like to learn more about the distillery, check out this list for 10 Facts About the Distillery – it starts with “George Washington was the only founding father to commercially operate a distillery” … anyone else thinking, GW solidified as THE coolest founding father? 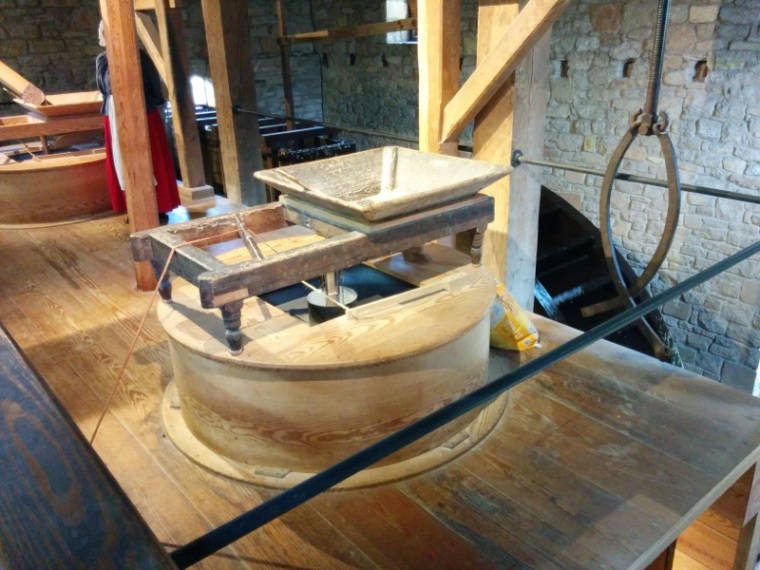 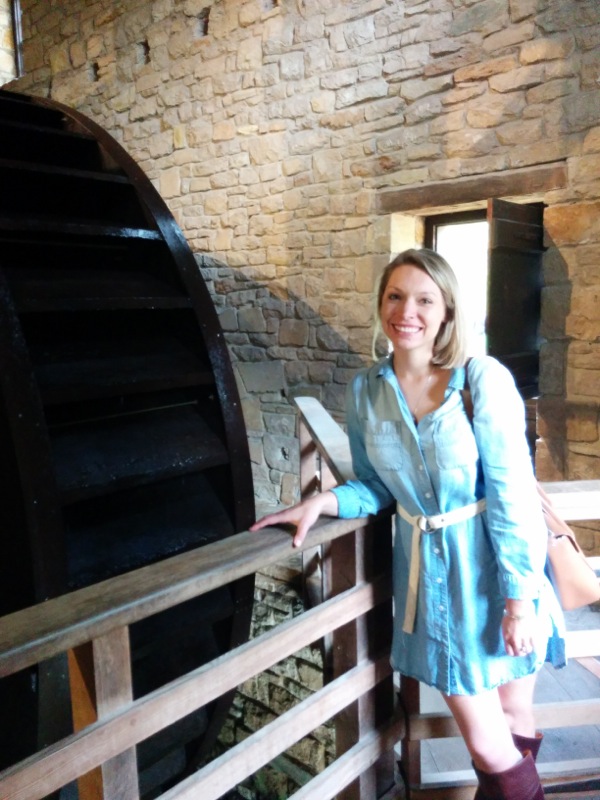 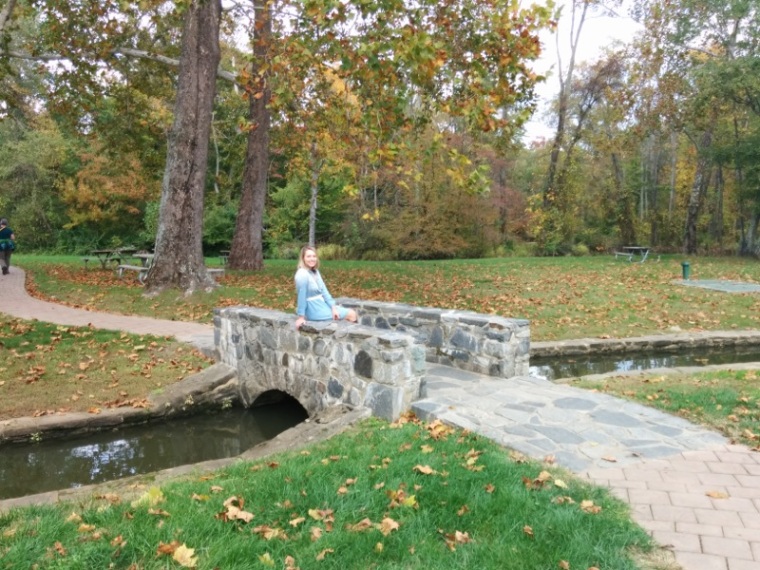 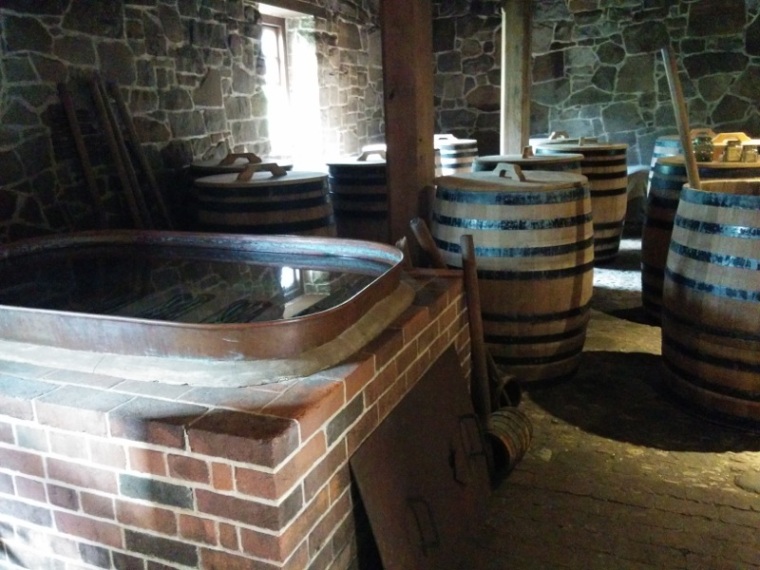 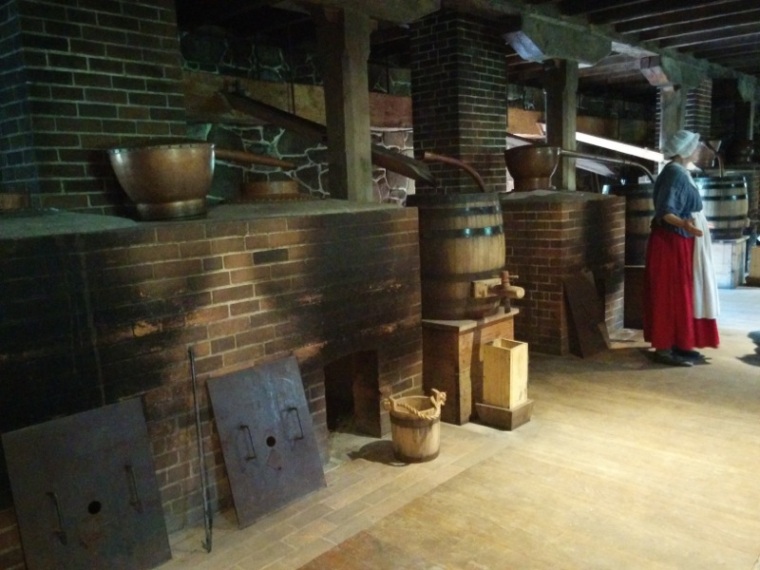 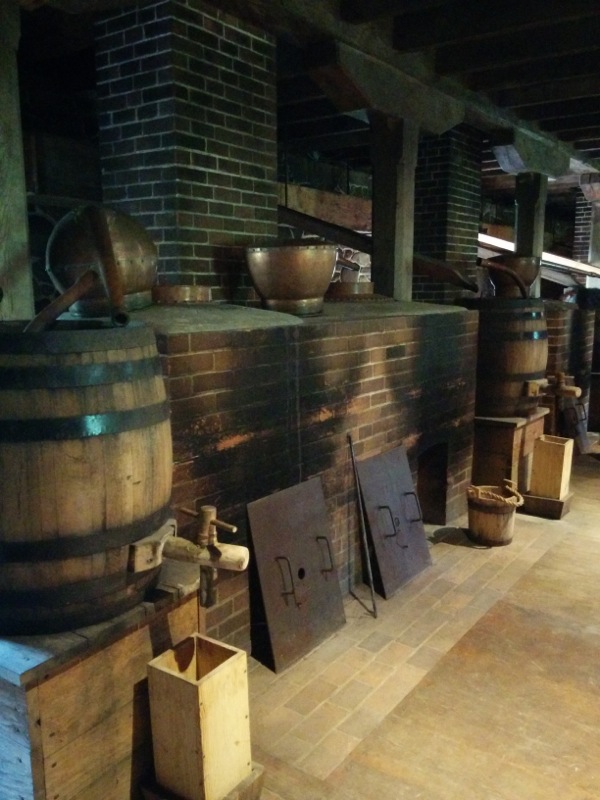 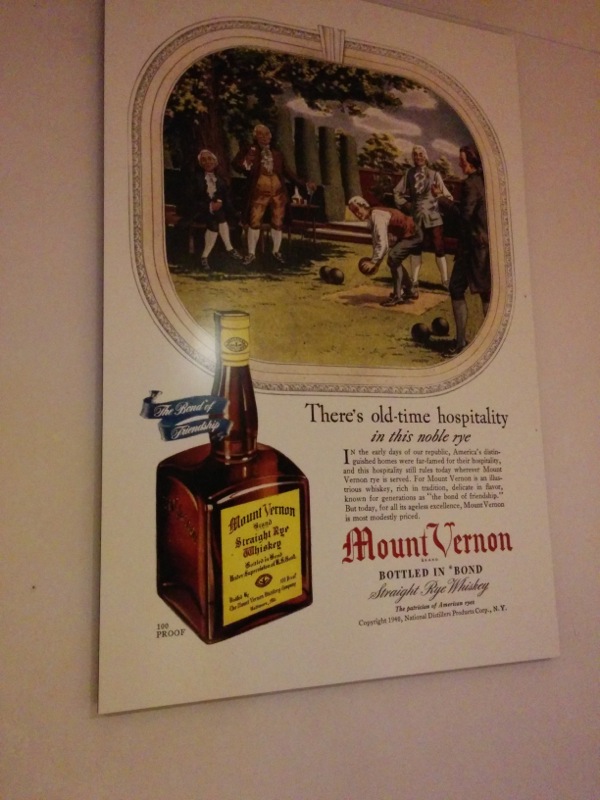 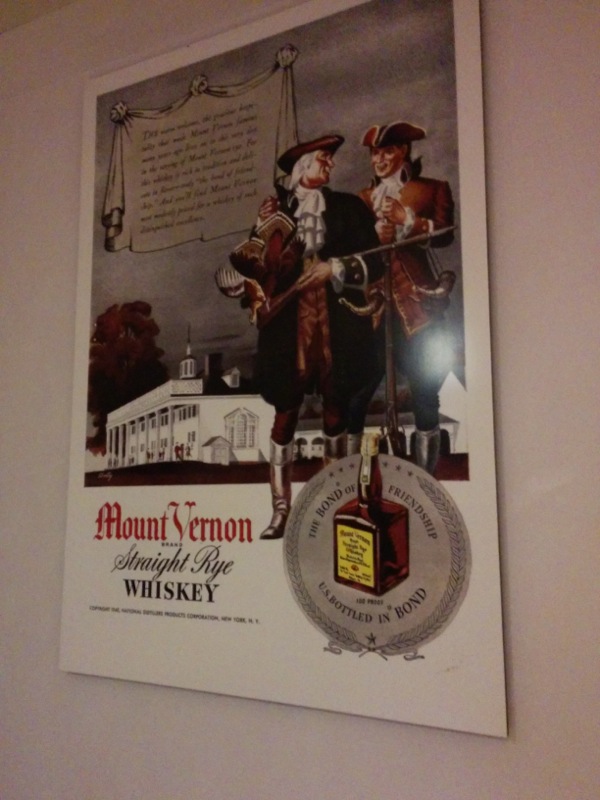 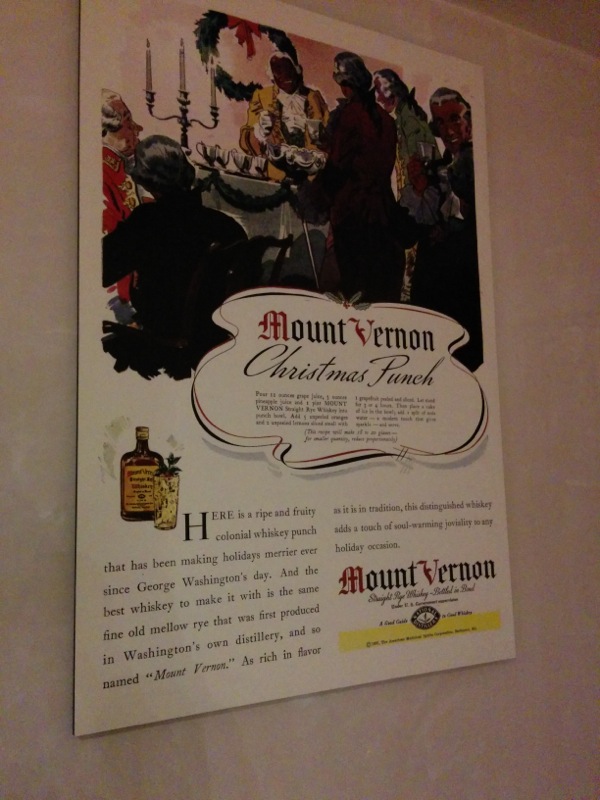 Twice a year Mount Vernon produces a small batch for sale, however they are unpaged and based on what was said on the tour, not the highest quality (despite costing a pretty penny). With that, the earlier inner-struggle on whether it would be worth the investment in our own Mount Vernon whiskey bottle is solved. 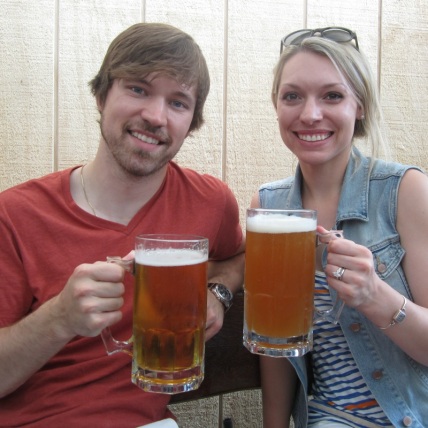